Tangled Up in Blue - 3 stories set in historic Blue Ridge 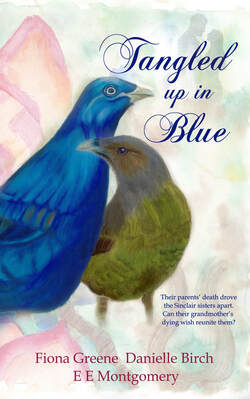 Tangled Up in Blue - Buy Now

​When the estranged Sinclair sisters meet in ailing Blue Ridge after the death of their grandmother, only one of them wants to stay. But Blythe Sinclair’s dying wish - for them to work together to run the Satin Bowerbird Inn - throws their lives into chaos.

Out of the Blue – Fiona Greene

Commitment-phobe Katherine Sinclair started running after her parents’ death and she’s never stopped. But returning to Blue Ridge, and her teenage crush Rhett, awakens something deep inside her. Can she put down roots and use her time in town to make a difference: for the community, for the family and for herself? And if she does, will Rhett be a part of her future?

Corporate lawyer Edie Sinclair’s personal and professional life implode just as she returns to Blue Ridge to mourn her beloved grandmother. Suffocated by the misplaced blame over her parents’ death, Edie has to choose between staying to resolve the estate or returning to the city to straighten out her life. When Edie meets Will, a local sculptor, she’s instantly attracted to him, but a misunderstanding between them makes her question whether she can build a new life for herself in Blue Ridge.

Holly Sinclair has finally found peace and security, living and working with her grandmother at the Satin Bowerbird Inn. Her grandmother’s unexpected death and the invasion of her estranged sisters rock Holly to her core. There’s only one person she can still trust, her best friend since high school. Turning to Morgan ignites Holly’s long-suppressed passion and she’s torn. Pursuing a relationship with Morgan puts their friendship at risk. Can she have it all? Or will she lose it all?

As the sisters face unexpected challenges and expose long-buried family secrets, their grandmother’s legacy could force them apart forever. Or will Katherine, Edie and Holly learn to forgive each other and become a family once more?

One from the Heart - A Rivervue Community Romance 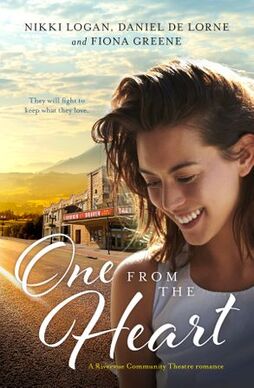 He's the Banksy of the international theatre scene - daring, anonymous, renowned. So when playwright 'Draven' bequeaths his latest play to the rural Rivervue Theatre, the stage is set for drama.
Three stellar authors offer three stories packed full of romance, secrets and lies...

He's the Banksy of the international theatre scene - daring, anonymous, renowned. So when playwright 'Draven' bequeaths his latest play to the rural Rivervue Theatre, the stage is set for drama.
Three stellar authors offer three stories packed full of romance, secrets and lies...​ 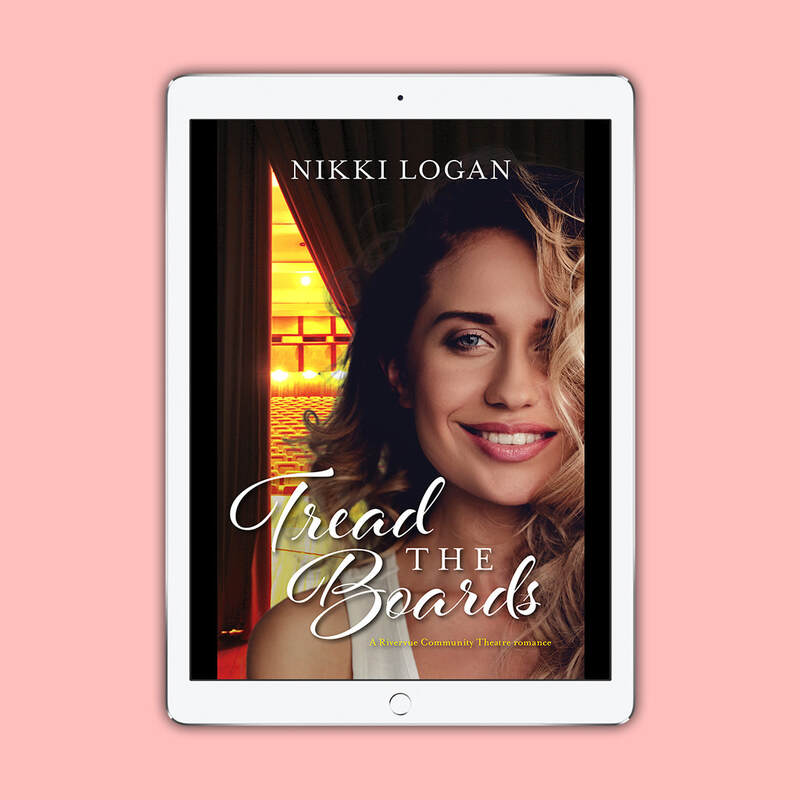 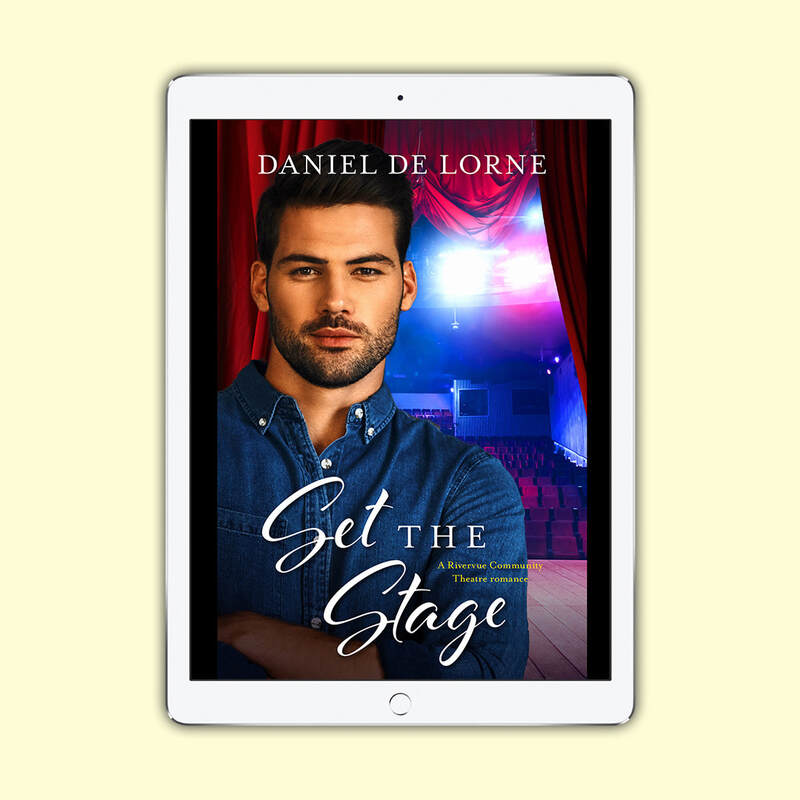 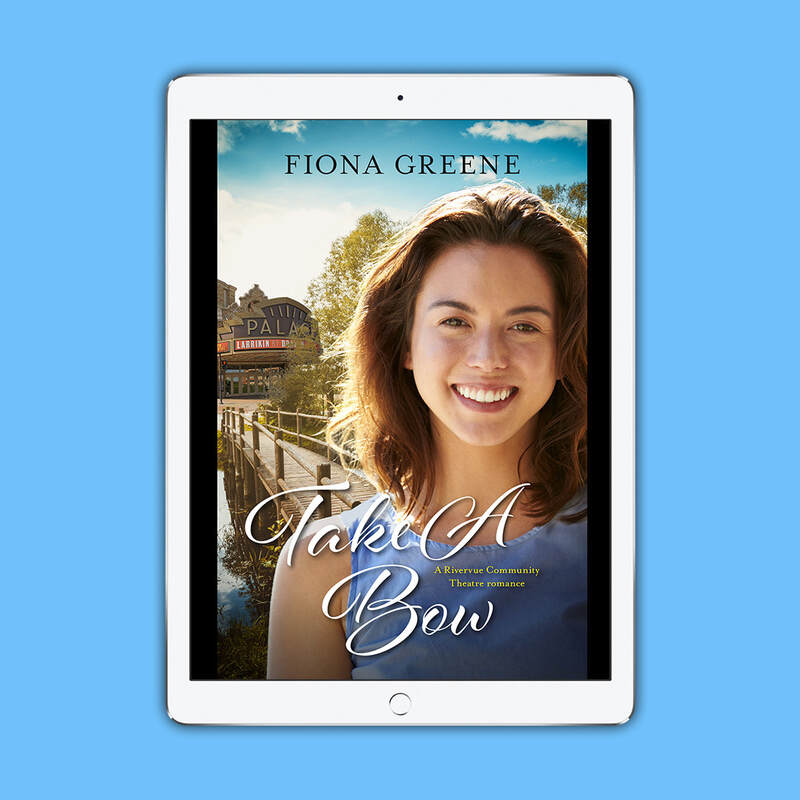 Rivervue Theatre's props-maven Mackenzie Russell is drawn to enigmatic loner Dylan North. But both Kenzie and Dylan have secrets to keep. Secrets that if revealed could tear the town, the theatre - and Dylan and Kenzie - apart.

A phone call from an unrequited past love sends architect Gabriel Mora running back to his artsy home town of Brachen. There, he is forced to hide his involvement in the redevelopment of the town's beloved theatre to protect his mother's frail health. It's just one more secret to keep hidden, along with his feelings for Bruce Cllifton, the theatre's kind stage manager...

Creative director, Lexi Spencer, is fighting to save the iconic Rivervue Community Theatre and Draven's play is the weapon she needs. She's already lost so much in her life, losing the theatre isn't an option. But with past love Mark Conroy on the scene, old feelings resurface. The controversial play is set to test the loyalty of the town, as well as the strength of their relationship.

When the play's dark truths come out, the ripples will affect everyone's lives. Can the show still go on? 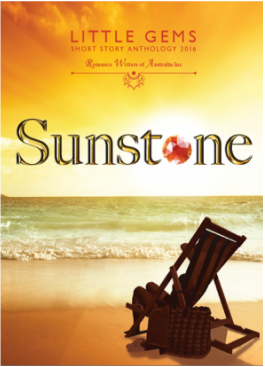 Riley and Mark last saw each other 25 years ago, the night of the last Sunstone concert in their home town.

Now, on the night the band returns to town, they meet again to face their past, and to follow their dreams... together. 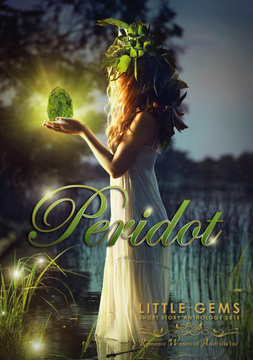 Peridot Regalien's life was in peril when space pirate Xavier Montgard swooped in to save her. Once a childhood friend, Peri doesn't know this new Xavier, only the stories that her family has told her - stories she now suspects are lies.

Exiled for a crime he didn't commit, Xavier returns to uncover the truth. He knows he can't leave Peridot alone to face the impending attack. In a world gone mad, they have to learn to trust one another as they go on the run, while dealing with the simmering attraction developing between them. 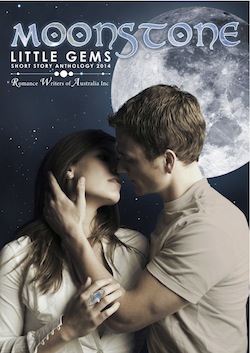 Free-spirited Aurora Nicklin is doing her cadet training on Sierra Seven under the watchful eye of her ever-present security detail. Always a rebel, Aurora longs for the day she can ditch her military career and follow her true calling.

After a rogue attack on the station, Kade Harrington takes control of Aurora's security detail and discovers "Can't Follow Orders" Nicklin is hiding a big secret - one he can't ignore. Can he keep her safe while giving her the freedom she needs to keep the Moonstone Legacy alive. 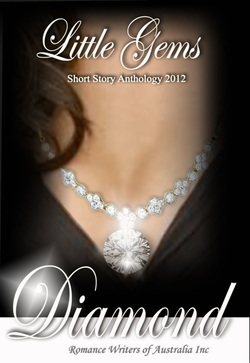 Molly Parkinson escapes the city with her life in tatters and everything she owns jammed into her ageing station wagon. Her first day in the rural town of Cunningham doesn't go to plan when all of the region's emergency services descend on her car to rescue an animal trapped in her engine bay.

Blake Stockton, Cunningham's laid back vet, is intrigued by Molly's predicament and rolls up his sleeves to aid in the rescue.

Molly is relieved when the tiny kitten is finally rescued alive and without a second thought, asks Blake if she can adopt her unexpected passenger. In a day of firsts, she adds kitten carer to the list. As she and Blake relax over dinner that night she realises for the first time in months, Molly can look to a happier future.
Powered by

Create your own unique website with customizable templates.
Fiona Greene